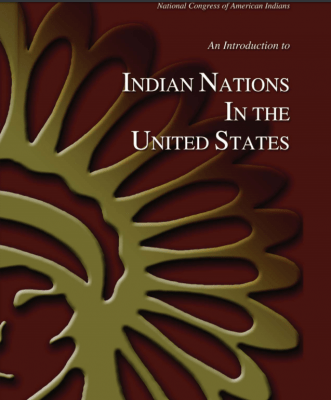 This continent was occupied by the indigenous tribes long before the Europeans set foot in this territory and devastated its natural resources. The tribal communities lived in prosperous villages. Each with their own leaders, healers, proprietors(traders), hunters, warriors (for security) and educational system to pass on the knowledge to the next generation. These tribal communities were scattered all throughout the continent. Most lived in peace and others lived to conquer and enslave other tribes. Hence, each tribe had their warriors.

All the tribes experienced war. They experienced the plundering of the other marauding tribes, but they never experienced the invasion from another continent until the Europeans arrived. These Europeans brought their new technology and their diseases. The native indigenous peoples were not prepared for this.

The Europeans first settled in the outskirts of the territory. Away from the thriving villages of the indigenous tribes. But gradually they moved in. They traded and later they plundered. This went on for generations. Bit by bit the territory of the Europeans expanded. More came as the territories were established.

The Europeans were UNITED in their quest for expansion. The native indigenous peoples were not united. The indigenous tribes knew that they were being forced out of their land, they knew that all the other tribes of the land will also be affected. They saw what was coming but they did not UNITE. They continued to fight but only as a tribe. The other tribes simply watched. They were not united. In fact they continued to remain as rivals.

The lack of unification on the part of the indigenous tribes allowed the marauding Europeans to continue their expansion. Every war they fought they won. If they lose on the first battle they come back with more warriors to fight the depleting defense of the one indigenous tribe and defeat them. This went on for generations.

The expansion of settlers continued and the lands of the Native Indigenous peoples were taken by force and by treaties. Contracts were negotiated and usually one-sided for the benefit of the settlers.

Through the years settlers formed a nation of their own called the United States of America. The native indigenous peoples still remained as individual tribes, still remained as rivals, and still not united as one Native Indigenous Nation. So they were bullied and out negotiated in contracts. The USA pushed them into reservations where they can stay if they want to or mix with the rest of the citizens of the USA.

There are 562 federally recognized Native American Indian nations (also called tribes, nations, bands, pueblos, communities, rancherias, and native villages) in the USA. To this day they still remain each to their own and not united. The National Congress of American Indians for the benefit and attempt to unite the native american indians was created in 1944. This organization continues to fight for the rights of individual native american indian and for the rights of the Native American Nations.

If they were UNITED, the whities (or non-natives) would simply have remained as immigrants. Yet to this day, they remain disunited. No unity among the native Americans. If only they can muster the will to UNITE, they can truly be the STEWARDS of mother earth.

Rights of the Native Americans over and above the rights of USA citizens:

Here are the Facts: