What Green Tea Is Used For

How Green Tea Is Used

What the Science Says about Green Tea

Side Effects and Cautions of Green Tea

Steeping is the process of making a cup of tea; it is also referred to as brewing. In general, two grams of tea per 100ml of water, or about one teaspoon of green tea per five ounce cup, should be used. With very high-quality teas like gyokuro, more than this amount of leaf is used, and the leaf is steeped multiple times for short durations. Green tea steeping time and temperature varies with different tea. The hottest steeping temperatures are 81°C to 87°C (180°F to 190°F) water and the longest steeping times two to three minutes. The coolest brewing temperatures are 61°C to 69°C (140°F to 160°F) and the shortest times about 30 seconds. In general, lower-quality green teas are steeped hotter and longer, while higher-quality teas are steeped cooler and shorter. Steeping green tea too hot or too long will result in a bitter, astringent brew, regardless of the initial quality. It is thought that excessively hot water results in tannin chemical release, which is especially problematic in green teas, as they have higher contents of these. High-quality green teas can be and usually are steeped multiple times; two or three steepings is typical. The steeping technique also plays a very important role in avoiding the tea developing an overcooked taste. The container in which the tea is steeped or teapot should also be warmed beforehand so that the tea does not immediately cool down. It is common practice for tea leaf to be left in the cup or pot and for hot water to be added as the tea is drunk until the flavor degrades. 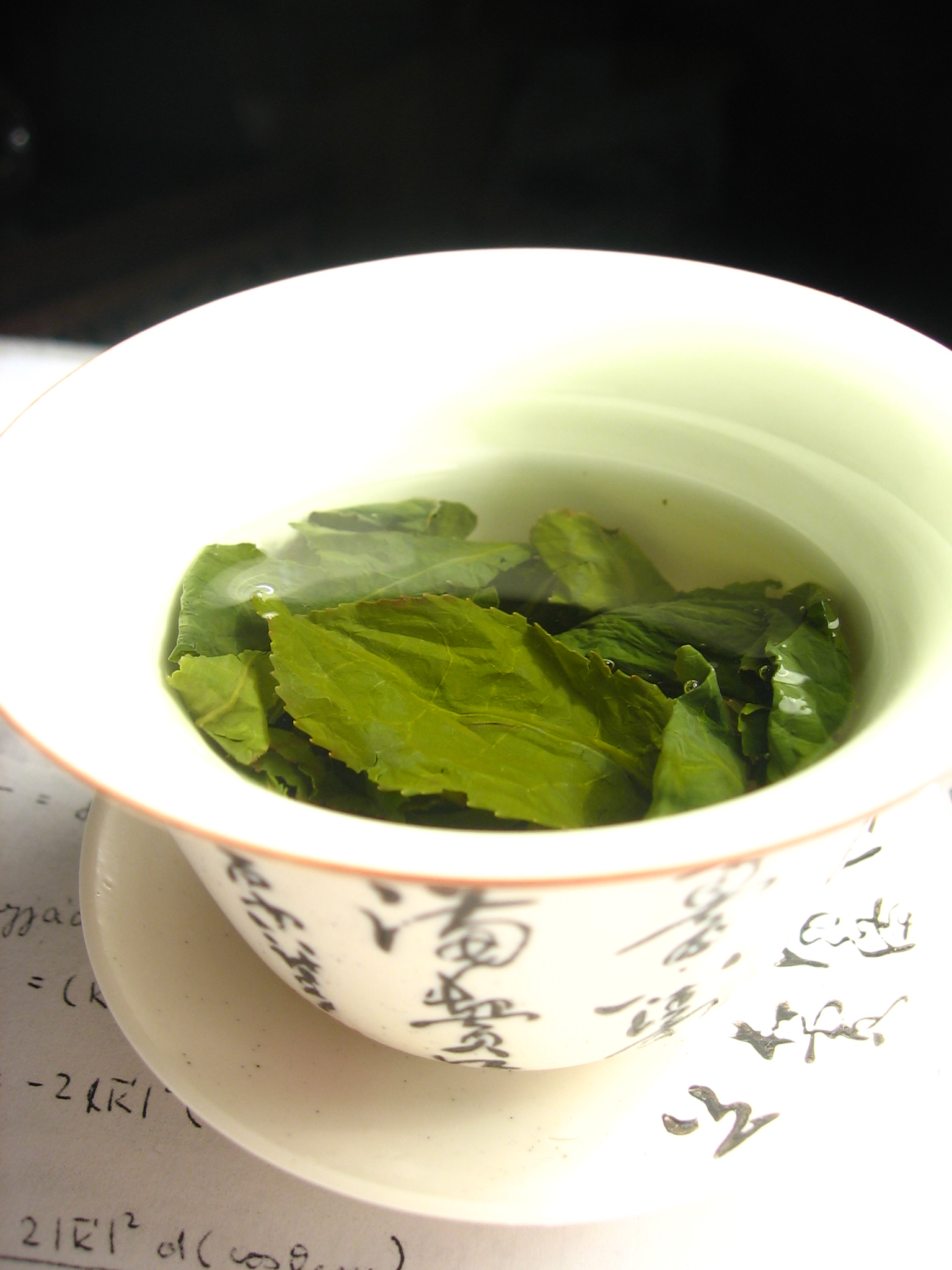