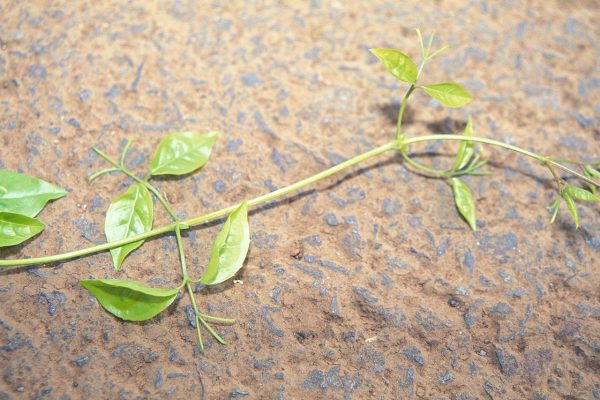 The medicinal herb Cat’s Claw as an alternative herbal remedy for viral infections – Cat’s claw grows wild in many countries of Central and South America, especially in the Amazon rainforest. CAT’S CLAW is a thick, long, slow growing woody vine that grows between 400 and 800 meters above sea level in the rain forests. This vine gets its name from the small, sharp thorns, two at the base of each pair of leaves, which looks like a cat’s claw. These claws enable the vine to attach itself around trees climbing to a height of 100 feet or higher. The root (which can grow to the size of a watermelon) and the inside of the bark are the parts of the plant used in alternative herbal remedies. Because demand for this herb has increased greatly in the past few years, the Peruvian government now forbids harvesting the roots of the plant. Since the same compounds are present in the bark as the root, the plant is now harvested 3 feet above the ground. This preserves the plant so that it can be harvested again a few years later.Common Names–cat’s claw, uña de gato

What Cat’s Claw Is Used For

How Cat’s Claw Is Used

The inner bark of cat’s claw is used to make liquid extracts, capsules, and teas. Preparations of cat’s claw can also be applied to the skin.

What the Science Says about Cat’s Claw

Side Effects and Cautions about Cat’s Claw